Washing and styling your hair is something most of us do pretty frequently. Recently, two people going by the names of Robyn Lipetz and Shannon Keener decided their TRESemmé hair products weren’t helping their hair but hindering its health. Lipetz and Keener have brought a class-action lawsuit against Unilever Inc. and Conopco Inc., alleging TRESemmé keratin products have caused hair loss and scalp burns because they contain formaldehyde.

What Facts Are Behind the TRESemmé Class Action Lawsuit?

Unilever and Conopco are coming under fire for a variety of reasons. The products in question contain something called DMDM hydantoin, which is a formaldehyde donor. This preservative is often used in personal care products to prevent the growth of microorganisms within them. DMDM hydantoin releases a small amount of formaldehyde over a product’s shelf life to keep it fresh. It is considered by many individuals and organizations to be safe for human exposure. Formaldehyde donors are typically present in shampoos at concentrations of only about 1%.

Customers have been voicing their concerns that TRESemmé keratin products have been causing their hair to fall out in large clumps, vocally, since about 2013. But the company hasn’t done anything about it. Customers have also complained that using these products resulted in itchy, irritated scalp and dryness.

Studies Have Proven DMDM Hydantoin Could be Harmful

Adding to the mix are some troubling facts. Lipetz and Keener have said a study done way back in 1987 proved that DMDM hydantoin does cause dermatitis in people who are allergic to formaldehyde. Furthermore, another study completed in 2015 discovered that when products containing formaldehyde donors are stored for more extended periods, they release increasingly higher amounts of formaldehyde, which it seems could be more toxic. It’s being argued that this change in release amount over time could lead to hair loss and scalp burn.

The U.S Food & Drug Administration (FDA) released an update on its website last March about heat-activated keratin hair care products. TRESemmé’s products are not specifically heat-activated, but the FDA’s statement on them relates to this case. The FDA has acknowledged that when a flat iron heats formaldehyde donors, they become a gas released. When this gas exceeds 0.1 ppm in the air, it can cause irritation and dermatitis on the skin. The Administration has pushed even further to state that a professional hairstylist should only use this type of product in a salon setting. The FDA encourages consumers to read all hair smoothing product labels

before using them at home. While the federal agency doesn’t address the presence of these chemicals in at-home shampoos, the surrounding information could be cause for some concern.

How Unilever is Responding

According to Unilever, DMDM hydantoin is no cause for concern. The common preservative is used in many beauty industry products, and the company states that health authorities have already found it to be safe and effective. It’s being argued that DMDM hydantoin is a naturally occurring substance found in most living things and that because of this, it’s safe to use in beauty products at low levels.

The TRESemmé Class Action Lawsuit is Similar to These Complaints

While the TRESemmé case stands out, Unilever has been involved in other similar cases in the past with other products, possibly contributing to a slippery slope effect. It’s a fact that in 2021, Unilever recalled its Suave Professionals Keratin Infusion after consumers complained of suffering from hair loss and scalp irritation similar to that being alleged in the TRESemmé case. Eventually, Unilever met with the plaintiffs in a $10.2 million settlement. Consumers alleged at that time that Unilever had known about the potentially dangerous side effects of DMDM hydantoin since 2012 but had failed to adequately warn consumers about them. In this way, the company was found to have engaged in deceptive and misleading practices. Is this new case following in the same footsteps?

Other lawsuits similar to the TRESemmé class-action suit also include the following cases. These are now consolidated together with an extended time for the defendants to answer:

What Do Other Experts Say?

Despite all the evidence seemingly pointing to the contrary, not everyone thinks DMDM hydantoin is unsafe. For example, the Cosmetic Ingredient Review and Scientific Committee on Consumer Safety have openly said that this formaldehyde donor is safe for use in cosmetics if it’s used at an appropriate level. This level will be examined in the TRESemmé case, and experts, including toxicologists, will be brought in to help determine what level constitutes chemical safety.

Itchy scalps and hair loss aside, formaldehyde exposure has been linked to cancer. The National Toxicology Program (NTP) has listed formaldehyde as “known to be a human carcinogen”. According to the American Cancer Society, rats inhaled formaldehyde developed nasal cavity cancer and leukemia. In addition, some rats that drank water containing the organic compound had increased rates of stomach cancer. Consumers may not be developing cancer in connection with hair care products in this class action lawsuit, but formaldehyde does affect animal health.

Through the publicization of the TRESemmé lawsuit, consumers are learning more about the potential hazards lurking in the ingredients list of their oft-used beauty products. Some experts believe that as awareness grows in the general public around the potential effects, some of these ingredients can cause, cases such as this one could become increasingly common.

The Importance of Expert Witness in Medical Malpractice Trial

If you’ve been the victim of medical malpractice, rest assured there’s a team of legal…

Why Expert Witnesses are Crucial in Medical Malpractice Cases

Over the last decade, the number of malpractice suits filed has declined due to tort…

The Importance of Expert Witness in Medical Negligence Claims

Making a case for medical malpractice is easier whenever you have expert support. That comes… 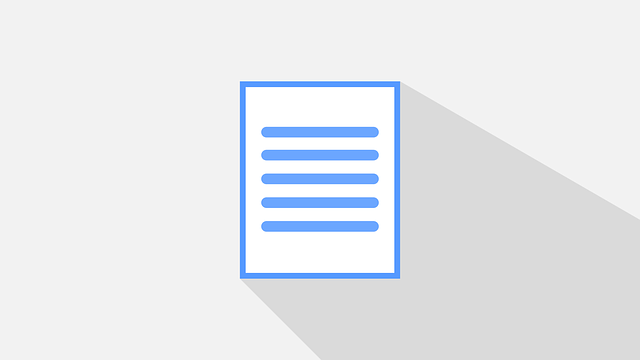